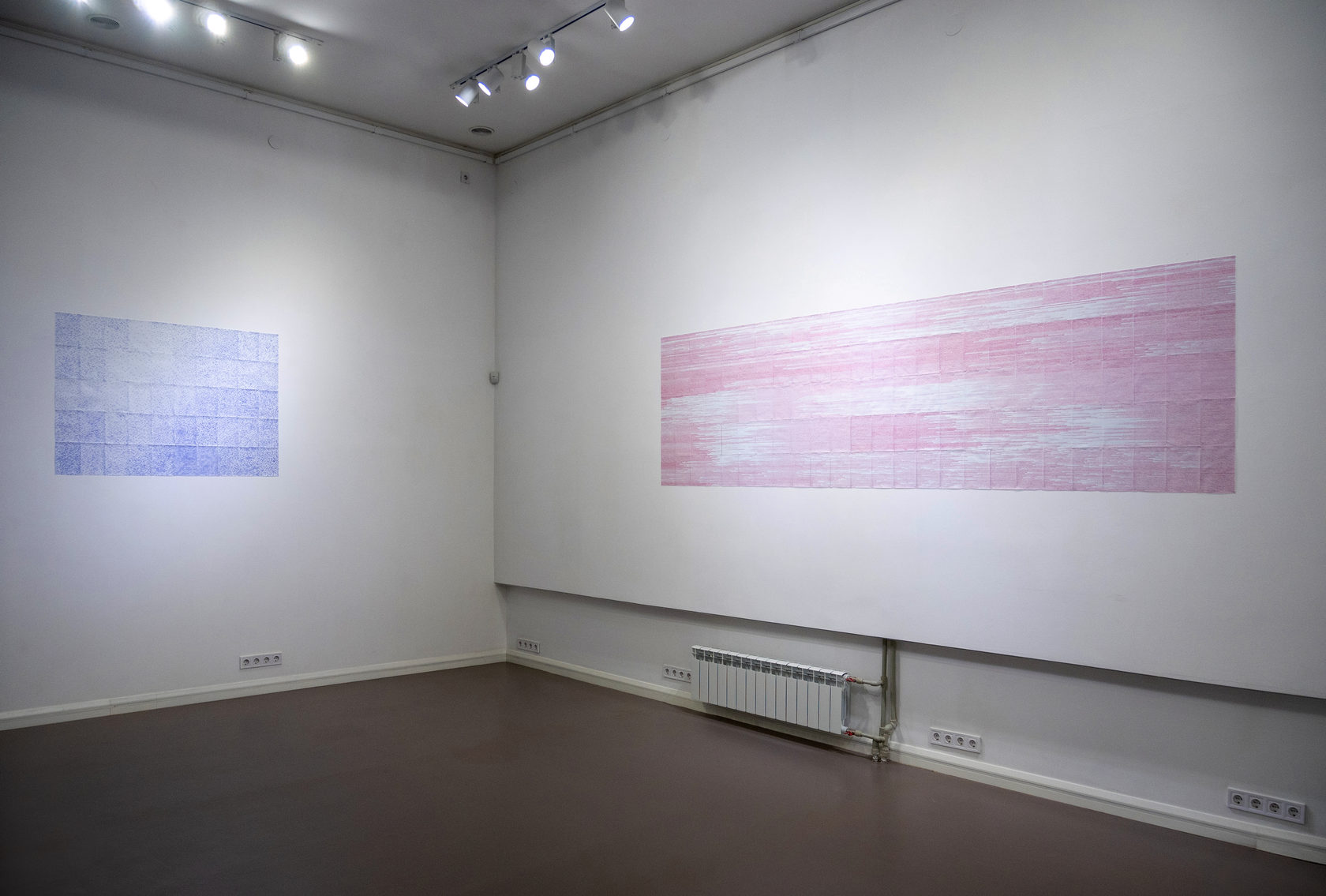 Weather Diaries / Weather Maps
Graphics, video, 2020
It was a task on Science lessons at school. We had special notebooks where we recorded our weather observations every day. Temperature, humidity, atmospheric pressure, cloudiness, precipitation, and wind direction were entered
into separate columns. During the first month I kept a diary very diligently, but later I increasingly forgot or was simply lazy to make notes. The pauses could be short, lasting just one day, or they could last several days in a row, or a whole week. And at the end of the semester, in order not to get a two for the assignment, the blanks in the notebook were filled with random values.

Two years ago I tried to repeat this school experience. I started up my notebook again and began methodically, cell
by cell, like an exemplary student, to fill it with symbols that I remember from school. But for me, this process was
no longer about the weather as such. Now I was more interested in visualising the routine itself – as a phenomenon,
as a monotonous, regularly repeated and some kind of a meditative action.

But the routine is difficult to endure for a long time, even when you are an adult. In my notebook, empty cells appeared again, firstly there was just a bit of them, so that they got lost on the pages speckled with bright blue and red signs. Then there were getting more and more, they formed lines, whole spots of emptiness.

And soon I saw that it was this alternation of blanks and filled cells that created a unique drawing in my diary, making each subsequent page different from the previous one. That's how pauses turn noise into melody, and punctuation marks collect text from a set of scattered words.

So I've started watching this game – the game of full and empty, existing and absent, action and non-action.
I documented my observations in diaries, which reveal the game page by page, from start to finish, and maps, where the whole – the beginning, middle and end of the game in one moment – can be seen at once. In two years, five diaries and five weather maps were created. 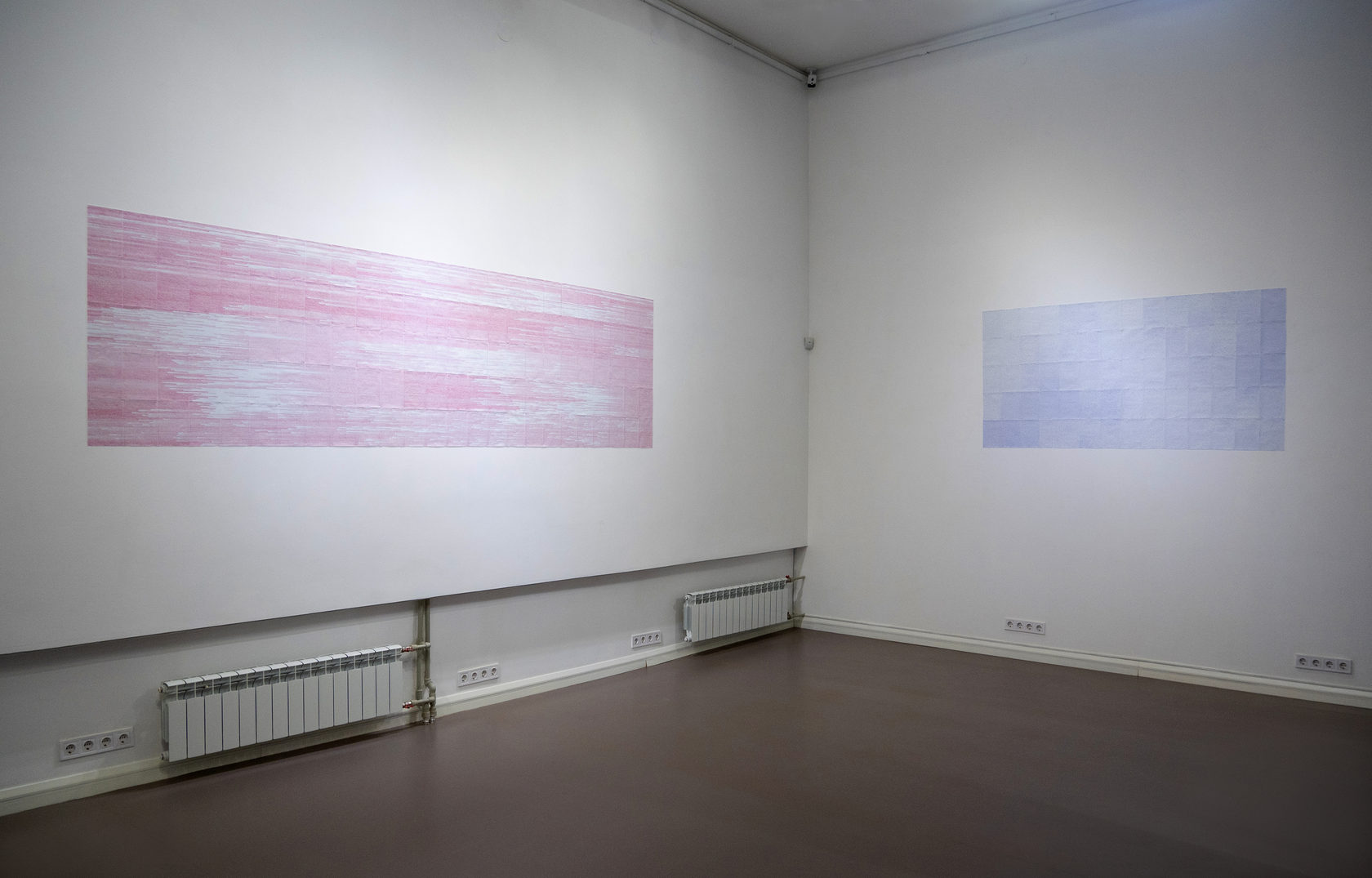 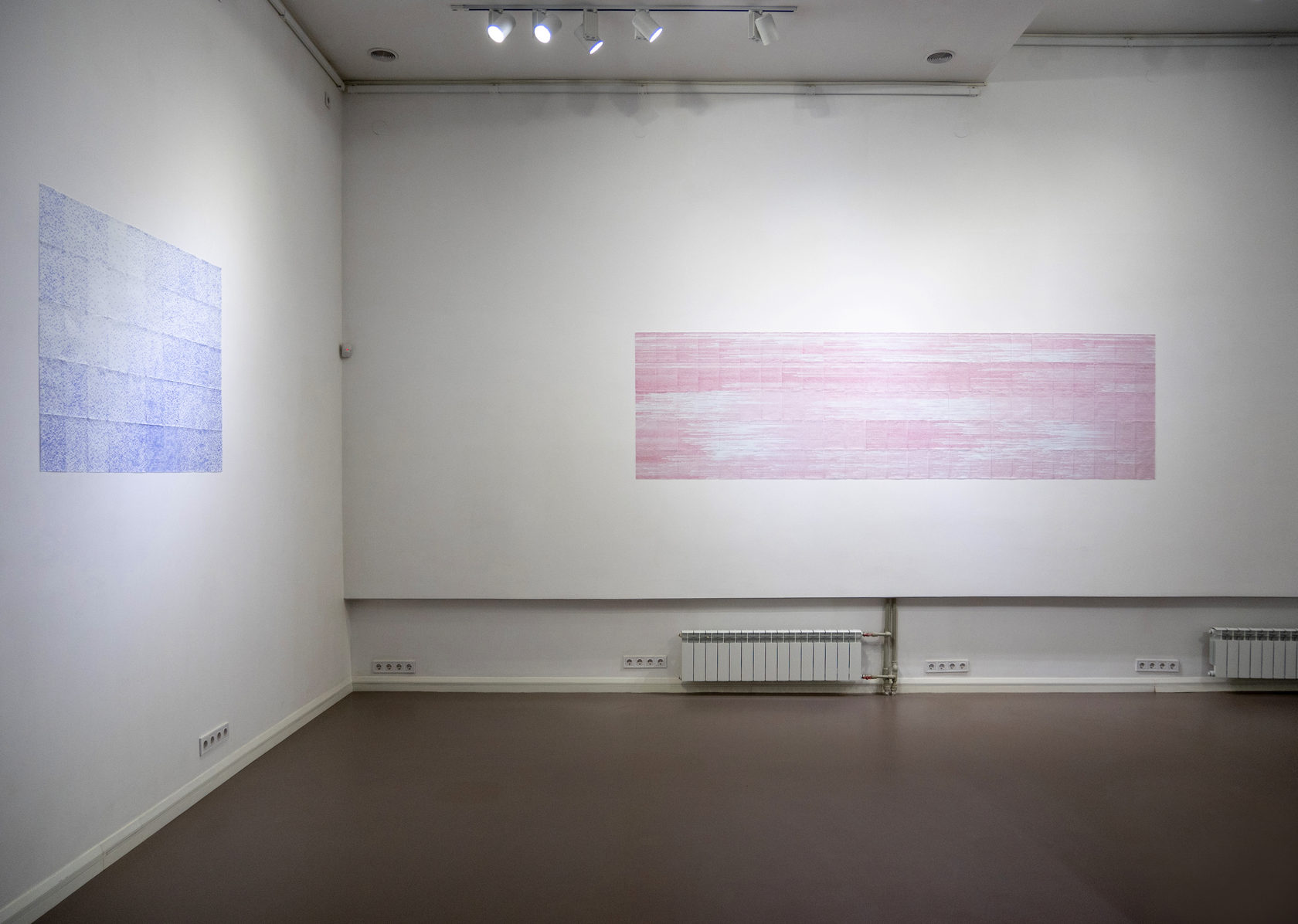