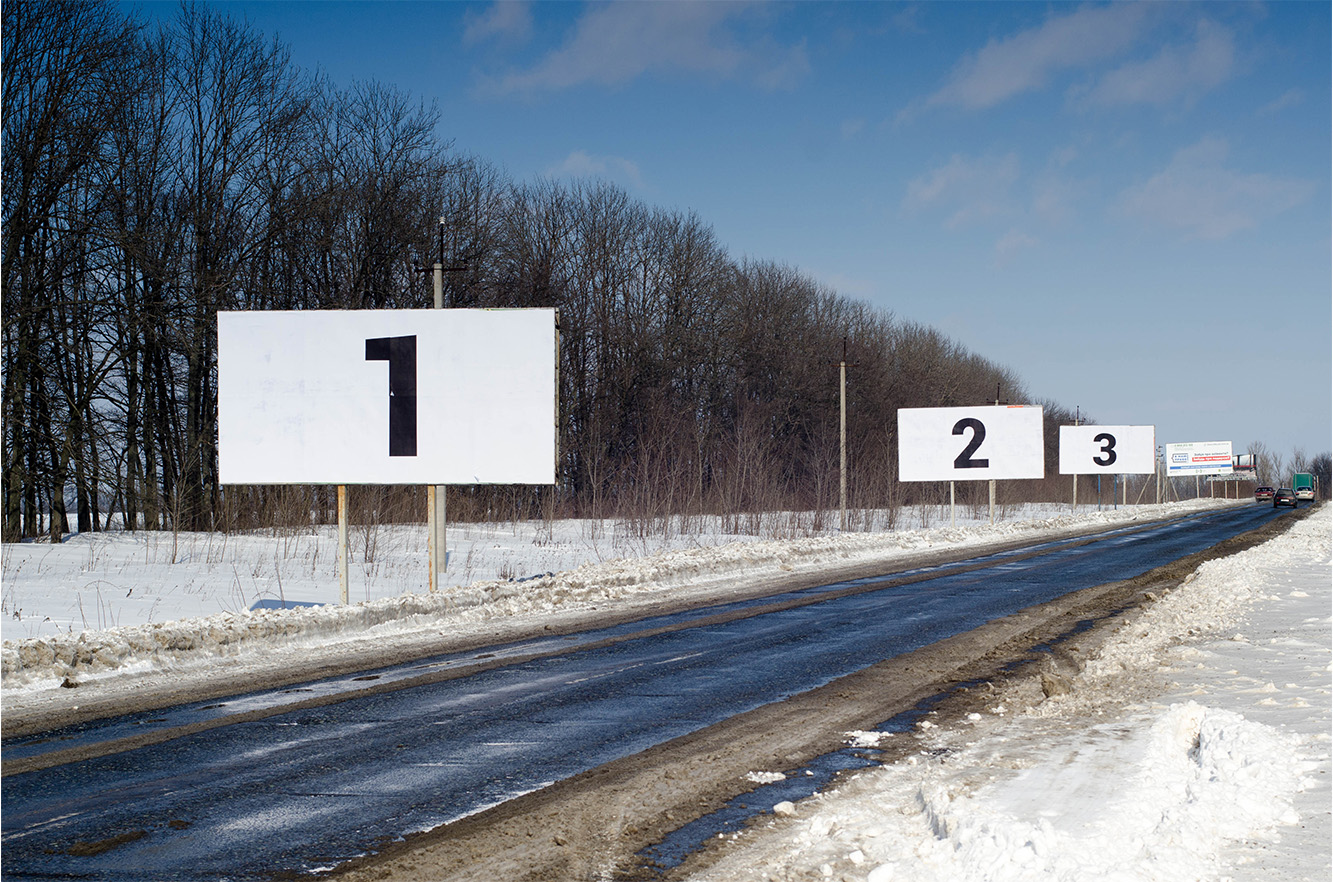 Three Billboards
Site-specific installation, 2018
«Three Billboards Outside Ebbing, Missouri» – one of the main films of 2018 and a nominee in the «Oscars» «Best film» category – is about a message, about a word and its value. A few capacious, well-defined phrases, black on red, posted on huge billboards, amaze, fascinate with the effectiveness of the utterance, as a gesture, its purity and power.
This is the statement, the manifestation of the message, as the driving force of modernity.

Very quickly, this method of broadcasting messages and the billboard itself as a platform for public utterances from
the field of artistic fiction have moved to the real world. Today, participants of the billboard actions with their messages require justice from the highest ranks and heads of state, while the whole world watches them through social networks.

Becoming popular and discussed on the Internet, the movie and the surrounding senses generated a wave
of postmodern memes. Serious messages were replaced by absurd phrases, anecdotal expressions and quotations
from other memes. Billboard, as the translator of the message, became the subject of jokes.

My project about the three billboards is a meta-meme, a message without a message, a sign without meaning.
It is the deconstruction of the message itself, as the influential force of the information world, and the overall concept
of the billboard (and by analogy, of any public site – Twitter, Facebook, forum, fence) as the medium of its broadcast. And at the same time – a comment about young contemporary artists in Ukraine, who invest huge amounts of resources and money, collected on the side-earnings jobs – to produce an incredibly large-scale meaningless «nothing».

I rented three advertising surfaces in a row, 6x3 meters in size, by the highway at the border of my native city.
So I spent time, effort, and also significant (as for a young Ukrainian artist) amount of money – to broadcast with their help nothing. Only the numbers – «1», «2», «3». Black on white, pure from all connotations and having no value per se. And thus, the viewer remains the only one who assigns the meaning to these empty forms.
BACK
Made on