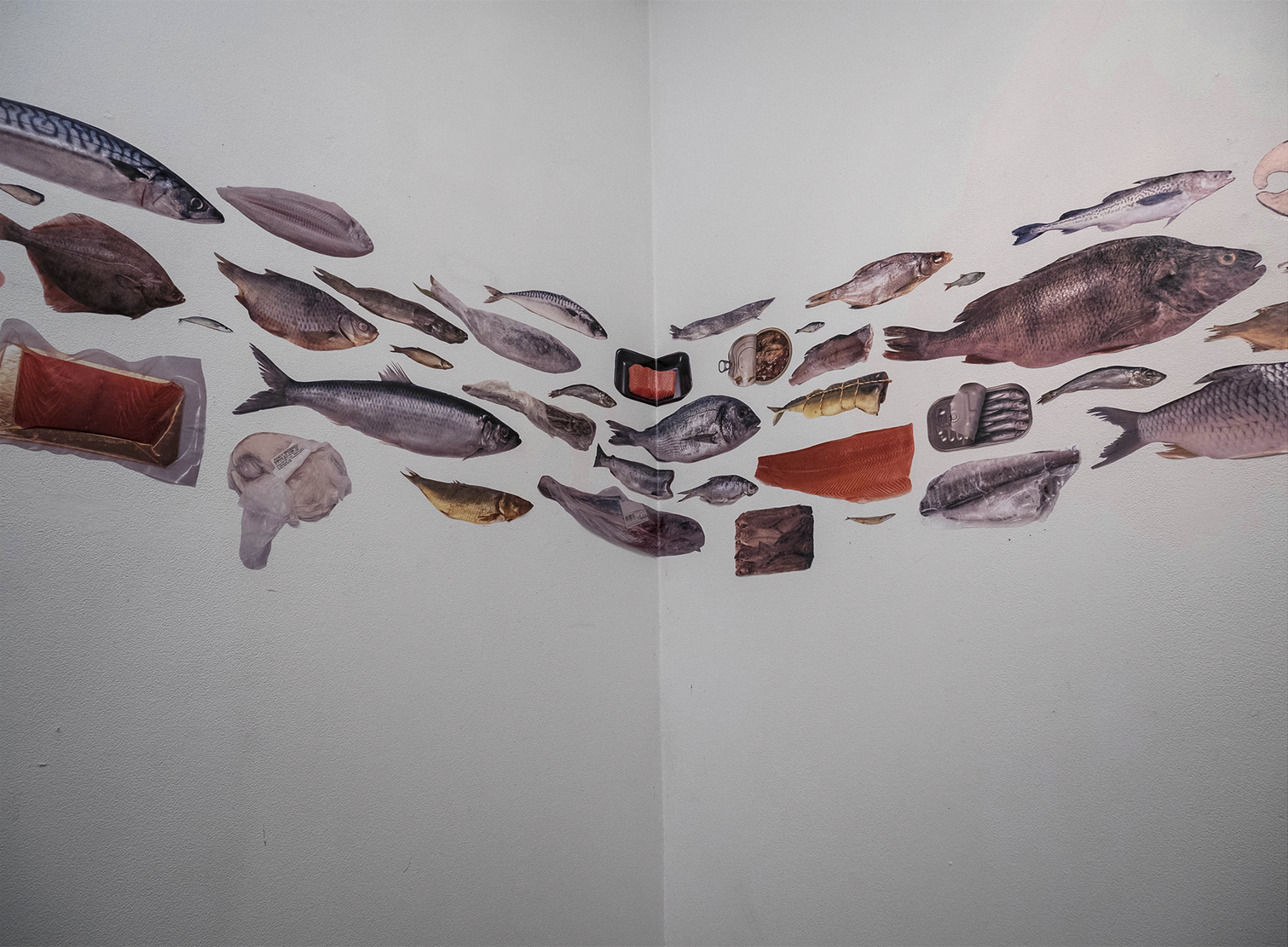 The Catch
Installation, video, digital prints, 2018
«…He saw at the water's edge two boats, left there by the fishermen, who were washing their nets. When got into one of the boats… He said to Simon, "Put out into deep water, and let down the nets for a catch." Simon answered, "Master, we've worked hard all night and haven't caught anything. But because you say so, I will let down the nets." When they had done so, they caught such a large number of fish that their nets began to break. So they signaled their partners
in the other boat to come and help them, and they came and filled both boats so full that they began to sink.
When Simon Peter saw this, he fell at His knees and said, "Go away from me, Lord; I am a sinful man!" for him and all his companions were astonished at the catch of fish they had taken... Then He said to Simon, "Don't be afraid; from now on you will fish for people." So they pulled their boats up on shore, left everything and followed him…» (Luke 5:1-11)

«…Once again, the kingdom of heaven is like a net that was let down into the lake and caught all kinds of fish…» (Matthew 13:47)

But who ever told what happens to fish after the fishing?

Project exhibited in Soviart Contemporary Art Centre (Kyiv, Ukraine) in 2018.
BACK
Made on