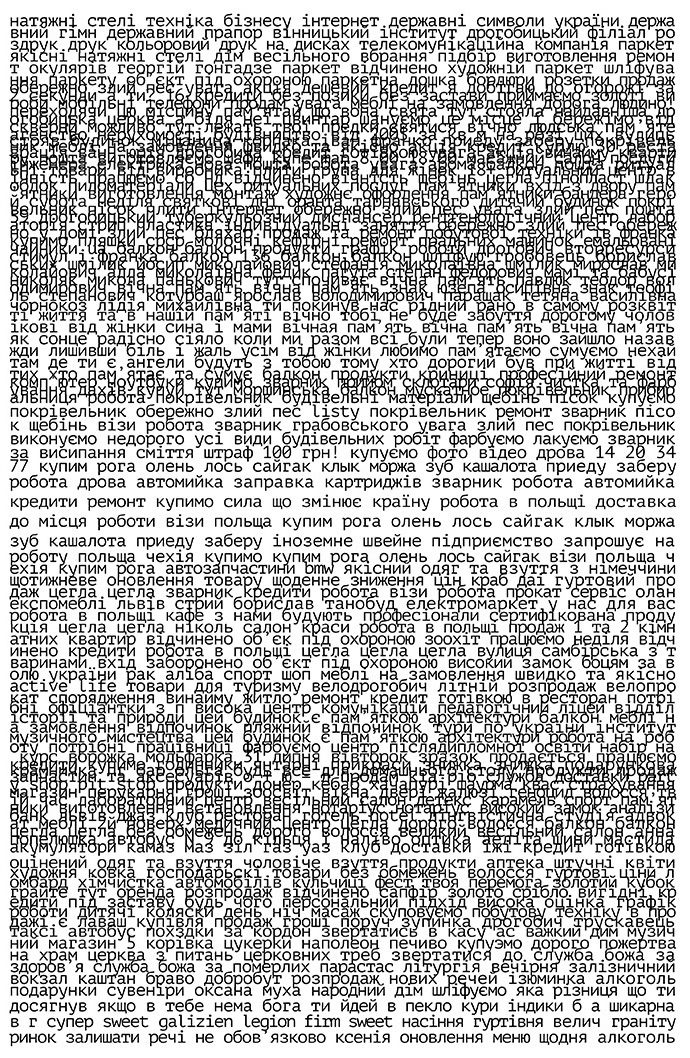 Textmapping
Digital prints, texts, 2018
The city is a system of interaction and communication. The city has its own language – the language of road and street signs, advertising banners, graffiti and ads on poles. The text units form the linguistic, information space of cities, and also set and regulate the principles and trajectories of using this space, helping to navigate in it and telling the rules
of the game. These messages help to create connections and provoke communication. Texts are read, processed, replicated, reproduced and generate new ones – and this process is endless. Thus, the text space of the city never remains uniform, static – it is constantly changing, permanently re-encoding itself.

Text mapping is a method of researching the information space of a city, which makes it possible to record
its «floating» image by documenting the manifestations of a text at a specific point in time.

Moving around the city, I read and recorded all units of textual information found on this segment of physical space.
I visualized the resulting material in the form of five text maps, each of which corresponds to a specific route
and is its linguistic scan. These five routes themselves are presented in the research by visualizing the trajectories
of my movement around the city without reference to its real geography – to create a «linguistic profile» of the city
in isolation from its object image.
BACK
Made on