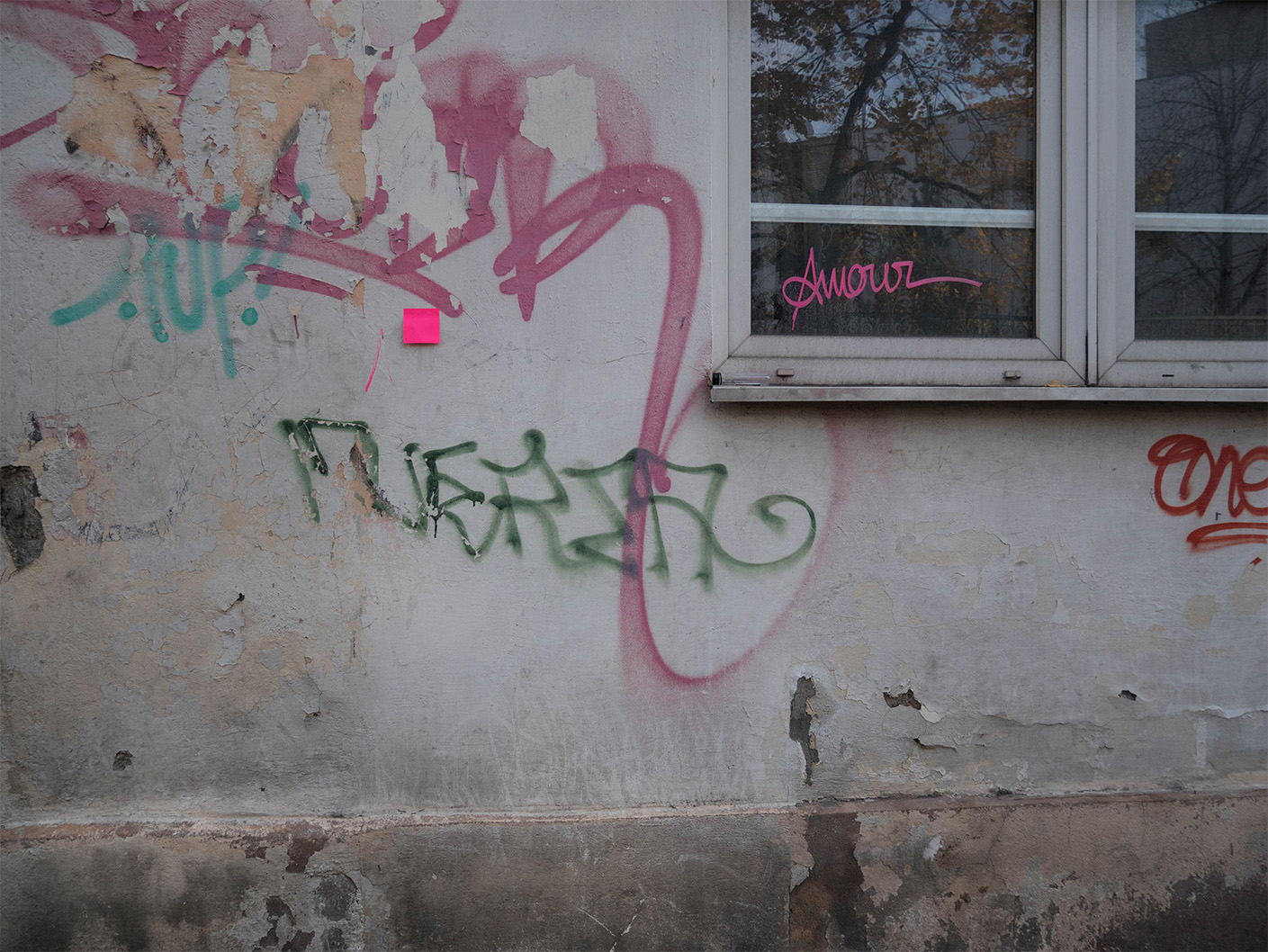 Stickerbombing
Intervention, 2018
Project which I started in Poznan, Poland, during the residency in Centrum Kultury Zamek. In it I discover the local context through the street art, that I find in the city during my walks. Street is the platform for free self-expression and manifestation. Sticker-bombing (placing stickers on the street) is one of the most popular ways to show your presence in the public space. Usually sticker has small size, it can be easily attached to the walls, any drawing can be printed on it and in any quantity. It is at the same time the informational medium, and merch, and a piece of art. It is used by football hooligans and anarchists, artists and designers, universities and coffeeshops – to mark the space, to highlight their presence in it, and loudly declare their position. And besides that stickers is the one of the essential elements
of a completely different culture – practical and conformal – the office culture. Although office stickers look different – usually they are square and have a bright fluorescent color – but in essence it's the same medium – a small piece
of paper with a glue layer that is attached to some surface and is aimed to broadcast messages.

Walking through the city streets, I began to invade the local street art, putting in it colorful office stickers,
which I deliberately left empty. In the space of radical freedom of expression – they declaratively do not broadcast
any message. On the platform, where everyone wants to express themselves and declare their uniqueness – they all look fundamentally similar to each other, and to thousands like those that can be bought in any office supply store. Thus, when confronted, these two worlds – well-ordered, subordinated to strict rules, the office world, and the chaotic, non-conformist world of the street – begin to communicate with each other, and in their dialogue (and sometimes hard dispute) the unique nature of each of them is manifested.

But, despite that all, the office sticker has another one purpose – to mark with different colors something that needs
to be remembered or highlighted as important. So, leaving these stickers on the streets, I mark the city in my memory and leave in it the memory of myself.
BACK
Made on