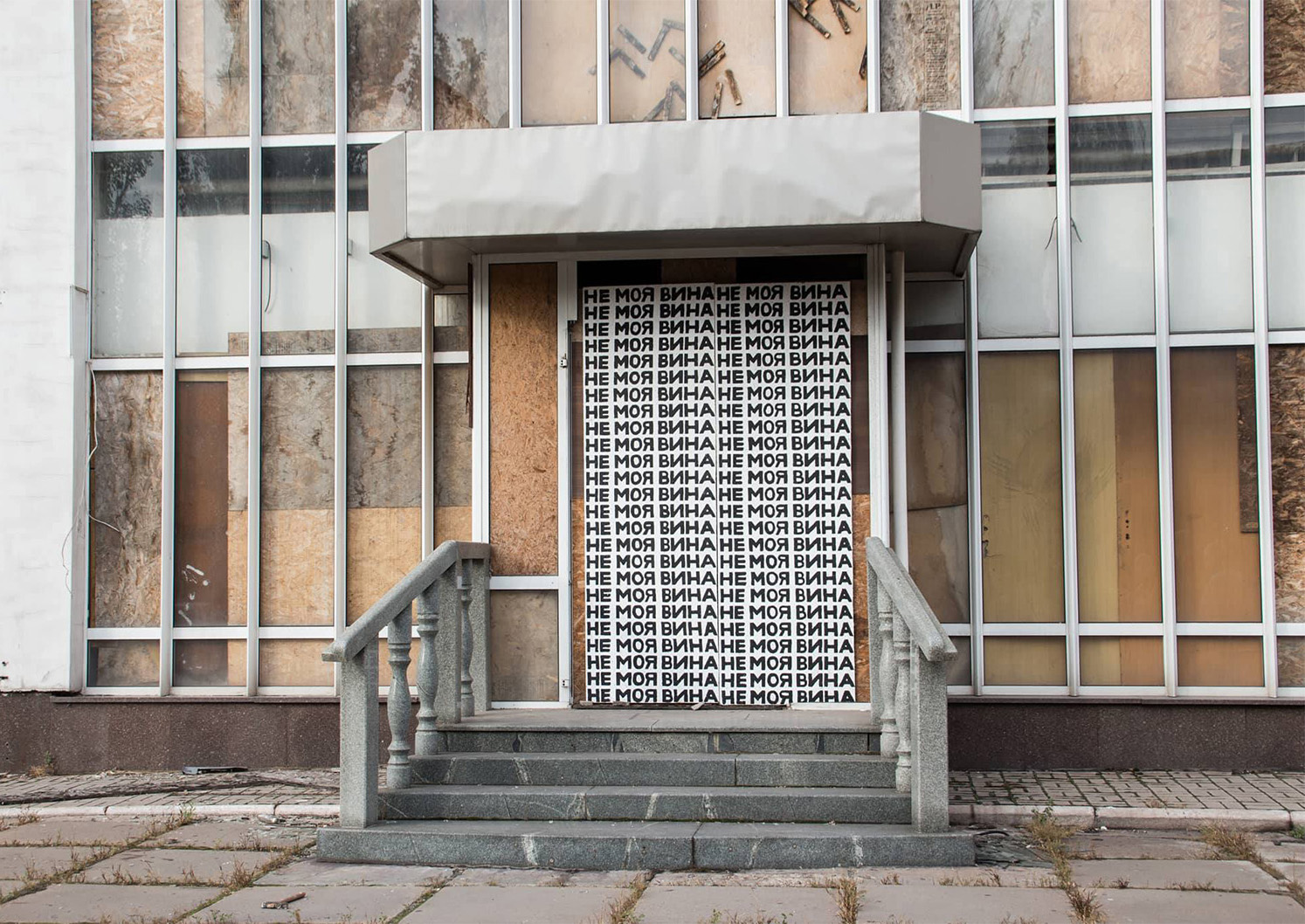 Not My Fault
Public art, text, 2017
Over the past 3 years, industrial cities of Donbass, and especially Mariupol, have acquired an entirely new status.
They became places of frozen conflict, places of muffled pain and painful attention, points of uncertain position,
not only geopolitical, but also psychological borderlands, on the fragile boundary between peace and chaos of war. Places of concentration of stress and guilt – collective guilt for what has been committed, for everything that happened in those years. Guilt that is imposed from the outside, and guilt that eats from within. Guilt slowly corrodes to the bones.

My project in Mariupol is aimed at investigating this situation of uncertainty, stress and guilt in the city. Getting rid
of the permanent sense of guilt and the desire for self-destruction as punishment for guilt, the acquisition of a realistic assessment of yourself and the world around you is the first step towards healing, the formation of an integral harmonious personality.

One of the most common methods used in psychotherapy is affirmation. Its essence is in constant repetition, verbal
or written, of certain formulas that carry a positive statement. The effect depends on the frequency and regularity
of repetitions. Affirmations fix the installation in the subconscious of the person, contribute to the improvement
of the psycho-emotional background and stimulate changes for the better as a whole in life.

My work is an affirmative message, consisting of the formula «Not my fault» repeated dozens of times. I integrate
it into places connected with the painful, stressful, conflict events in Mariupol: the burnt down buildings of the City Hall
and the Police Department, the house at the crossroads of Grecheskaya and Geogrievskaya streets, the former post
of the so-called «Donetsk People's Republic». I offer my work to the city as a method of therapy with art, with the goal
of at least reducing the level of anxiety in it, to start a course for recovery. With faith in the healing power of art.

Project completed during the residence «Z.mist» in collaboration with Platform TU in Mariupol (Ukraine).
BACK
Made on