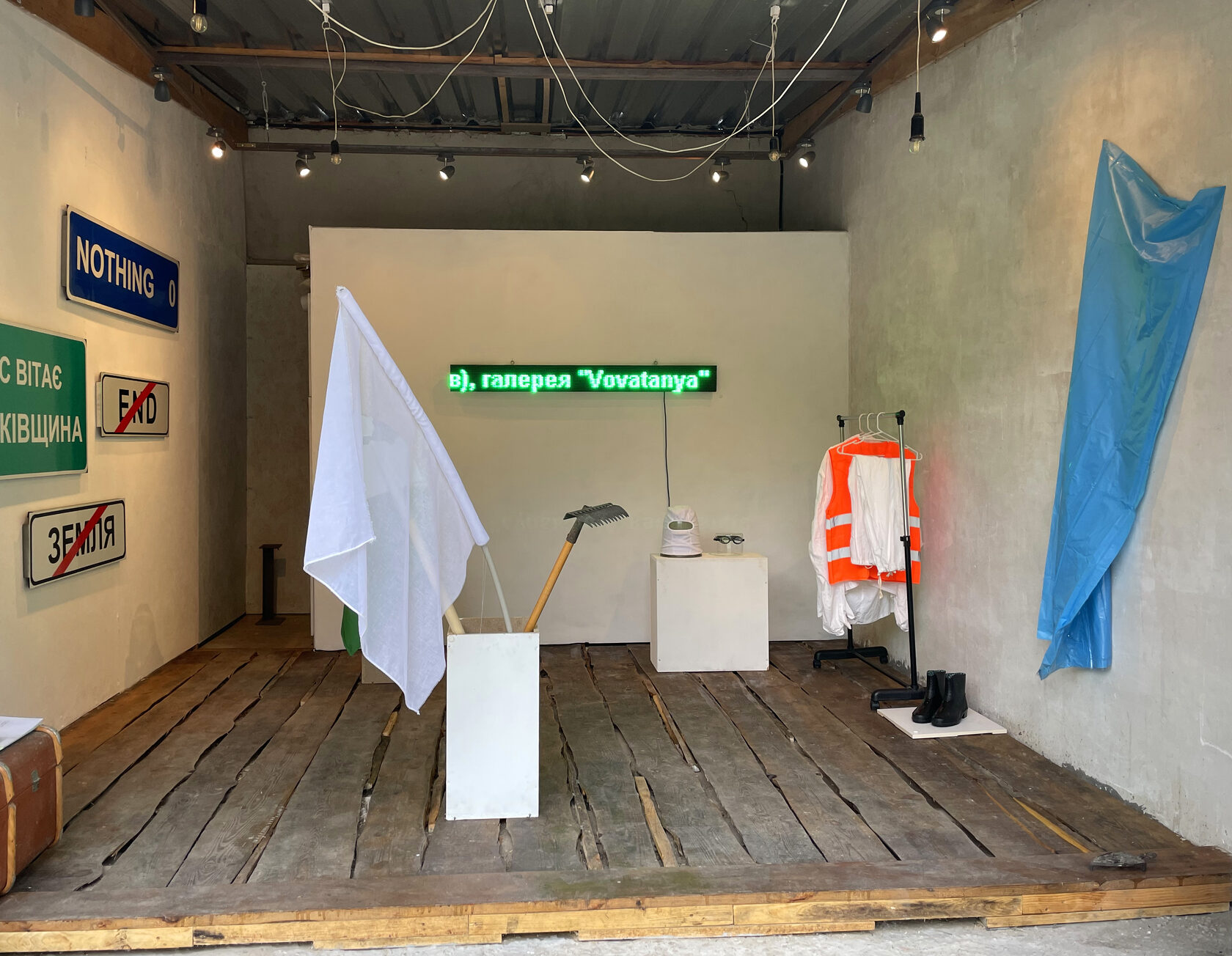 Garage Sale. Retrospective
Objects, installation, 2021
It's been almost two years since I do not make any «tangible», «material» art – the one that can be touched,
hung onto the wall, placed in the vitrine or on the pedestal.

I gave up renting the studio, because I understood that I have nothing to produce in it no more.

My works are actions. Their existence lasts from several minutes to several days. The photographs that remain after,
in fact, are only documentation of these actions, the fixation of their completion – but not independent works of art.
You can see them – they are featured online in my portfolio and on social media – but I have no idea how to display them in any space, physical or digital, and no idea of how to sell them.

In my work, I use a lot of material objects. I buy them in supermarkets or online stores, order them from factories.
For some time they become objects of art – exactly as long as the action lasts, of which they are a part. When this action is completed – a minute or a few days later - the magic disappears, and these objects become what they were initially. Only now they are covered with dust not on the store shelves, but in my house.

Some of them I can still reuse as ordinary household items, or try to resell them. But most of the objects had meaning and special value only during the performance of the action – after that they essentially turned into trash. Or into strange souvenirs – artifacts that keep the memory of the past days, from which, like shards from an archeological excavation, you can read the history of my career.

The project was created exclusively for «Garage 127» gallery (Kharkiv, Ukraine) in frames of my personal exhibition in May 2021. 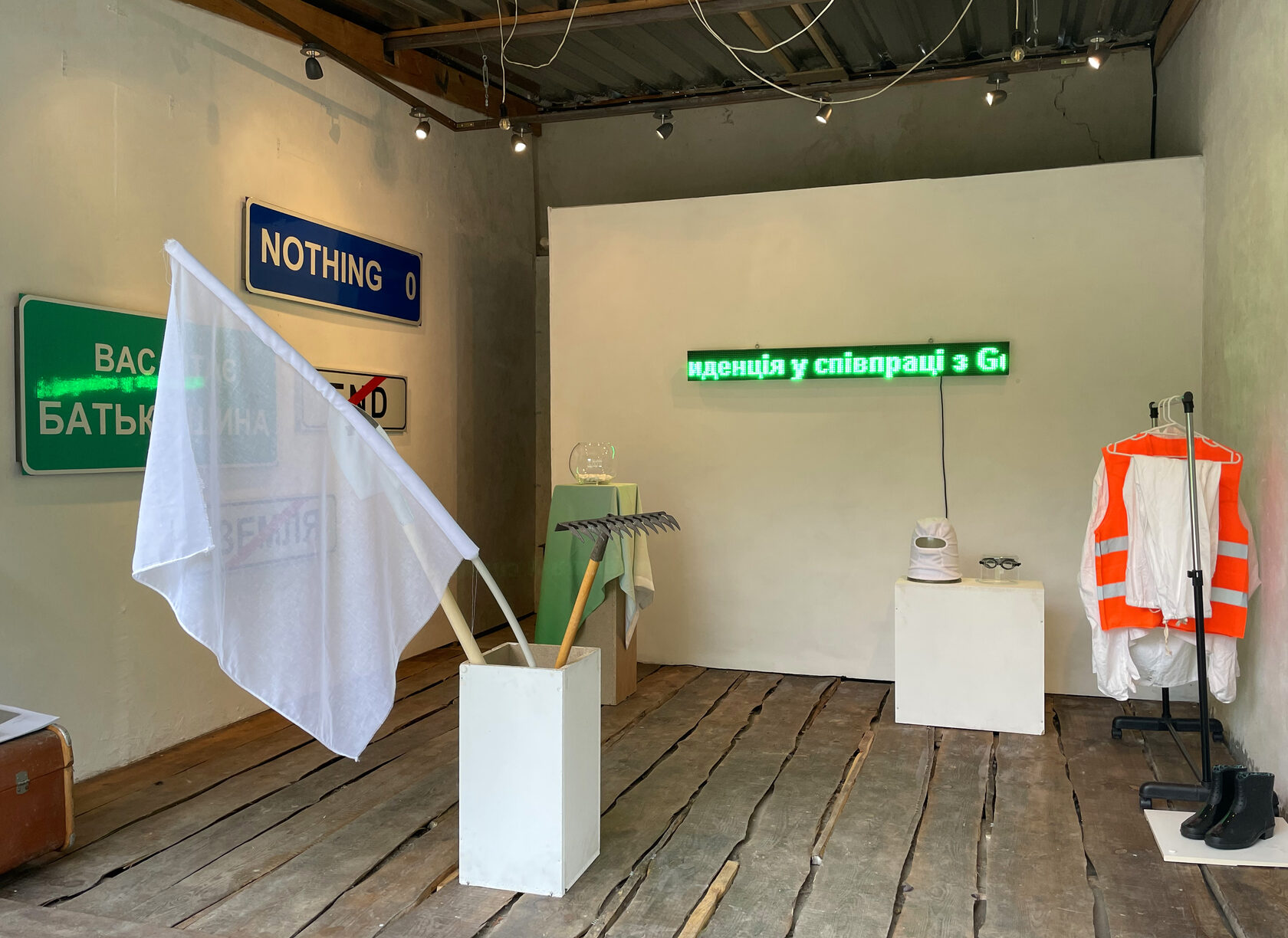 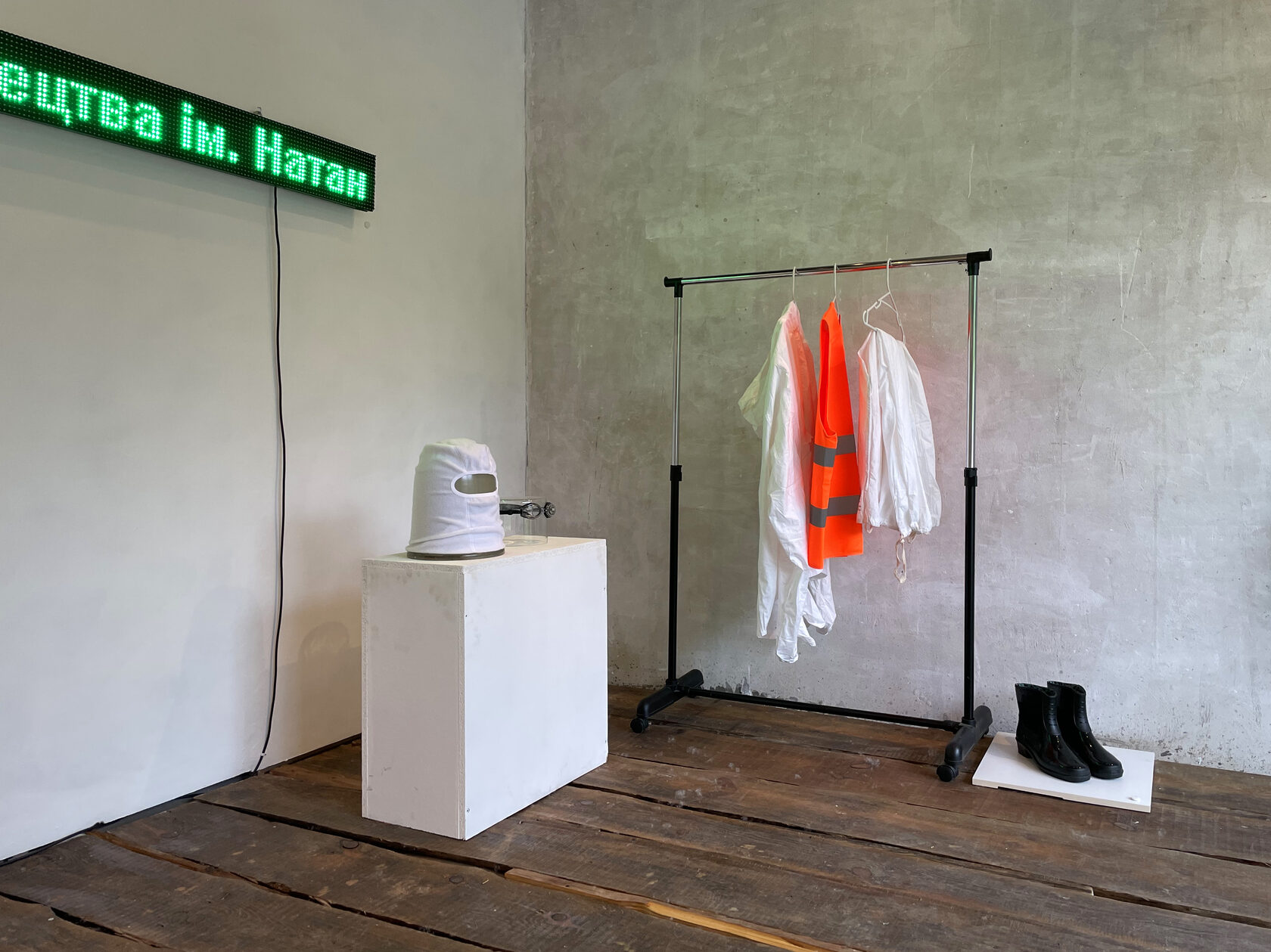 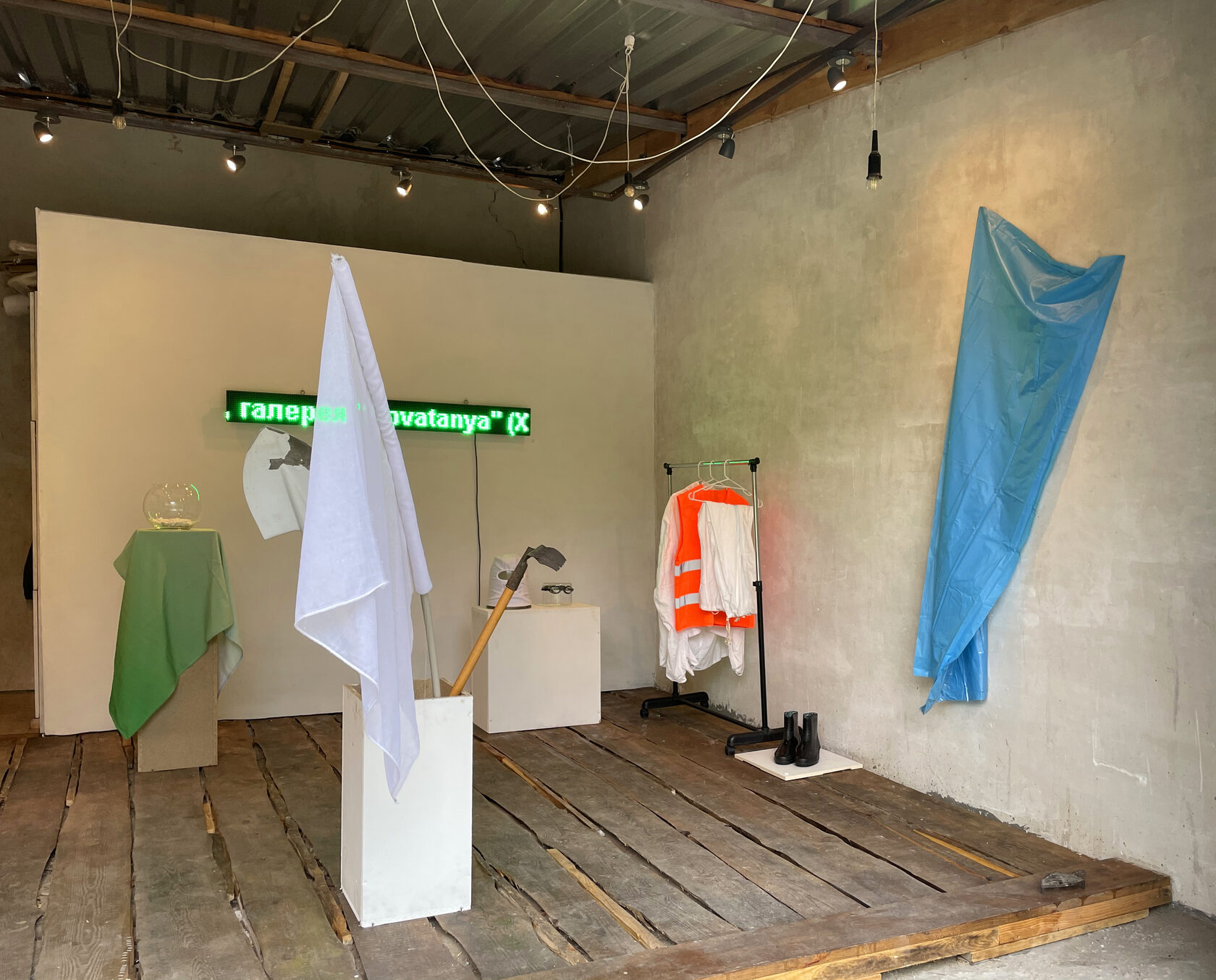